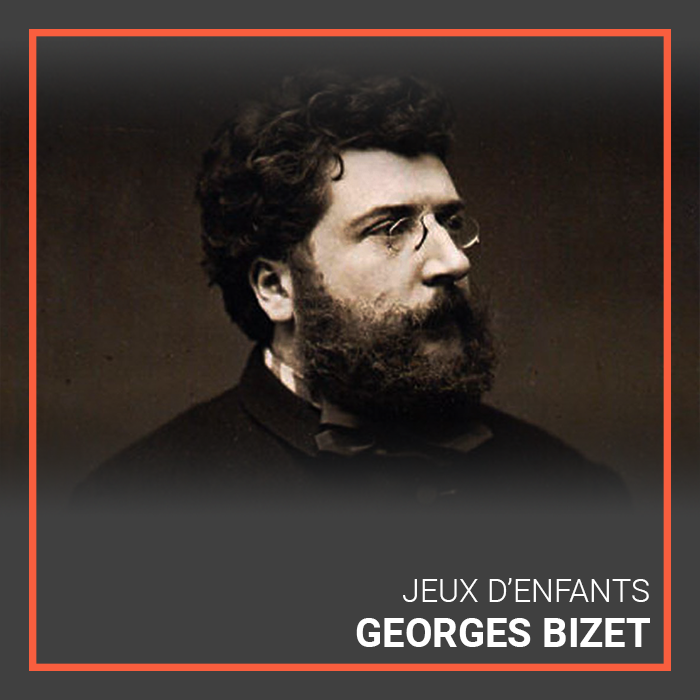 For his Petite Suite, Georges Bizet chose five pieces from his “Jeux d’Enfants” suite, which was originally composed for piano, and orchestrated them. We owe the composition of the piano pieces to the pregnancy of Bizet’s wife, so the piano pieces and the Petite Suite were created in the months that followed in the fall of 1871. The piano pieces are certainly inspired by Schumann’s children’s scenes, while Bizet’s “Jeux d’Enfants” are considered sources of inspiration for Faure or Ravel, who also wrote similar works. The Jeux d’Enfants or the acting music for L’Arlesienne establish Bizet’s maturity and, together with the Carmen opera, are among those works in which Bizet’s fame and recognition are based.’