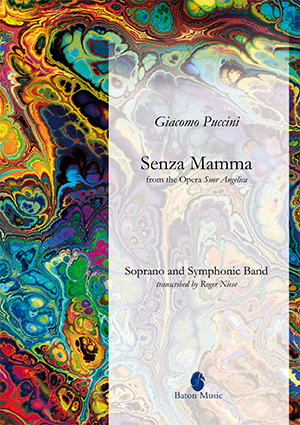 Giacomo Puccini’s ‘Suor Angelica’ (Sister Angelica) is one of the three one-act opera’s which belong to the triptych ‘Il Trittico’ which is an example of the verismo-opera, a naturalistic movement in the Italian opera that raised at the end of the 19th century.
‘Suor Angelica’ is set in a convent where the nuns discuss their desires. Sister Angelica claims that she has never truly desired anything. This is a lie, because every single day since she arrived at the convent seven years ago, she has longed for her son, who was taken from her. When her aunt comes to visit and informs her that the little boy died several years ago, Angelica’s world collapses.
The opera, which is special because it was written for female voices only, contains one of the most beautiful arias Puccini ever wrote for a soprano voice, ‘Senza Mamma’, in which Angelica describes the sorrow of not being there for her son when he died.